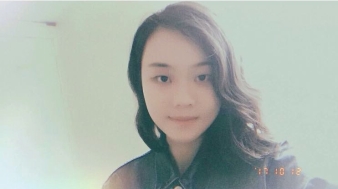 Xinyu Cheung appears reserved with her round black-framed glasses and an orange-cased Mac as she attends NYU classes, but there is more to her than what meets the eye. The 19-year-old rising sophomore, who goes by Alice, is studying journalism and sociology, while also minoring in business at Stern. She was raised as an only child in Beijing, China before moving to Boston by herself during high school. This studious young woman breaks stereotypical molds with her profitable passion for producing trap beats and listening to rap.

Why did you move to the United States?

The college entrance exam in China can decide your whole destiny. My parents didn’t want that for me. My parents thought my life shouldn’t be like that. That is why I moved here for high school when I was 16.

What was the transition like for you moving here?

Transferring to high school here was hard at first because of the language barrier. I liked the smaller classes and the teachers were more caring, which was better than schools in China.

Why did you choose to come to NYU for college?

I chose NYU because it is in New York, which is the most international city. There are 520 Chinese students in the class of 2021, so I have made friends with similar backgrounds. Also, there is a lot of news to write about here. I like that it’s liberal, not conservative.

My mother was a reporter and documentary producer with the Chinese government. She influenced me a lot in her reporting.

How do you like to spend your free time?

I listen to rap music. My favorite artist is Kendrick Lamar. I like how he uses rap to say something inspiring about people and the world. I also produce trap beats. The last one I sold went for $300.

How did you learn to produce trap?

I have played piano since I was five years old. I learned on YouTube how to turn my knowledge of music into trap beats. My trap beats are my proudest accomplishment.

What is the most important thing you have learned since moving to NYC?

Quotes were edited for clarity and context

Other Places to Connect